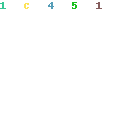 Samsung has also launched a lower priced version of S10 i.e. S10e on 8th March 2019. Samsung Galaxy S10e is one of the latest models in the S (super-smart) series. It is the flagship phone of Samsung which will offer the best features available in the market in this price range. It is a bright, smart, and vivid phone with a screen size of 5.8-inch and has a resolution of 1080 x 2280 pixels, having a thickness of 7.9mm it weighs just 150gm. It is a dust/waterproof phone (up to 1.5m for 30 minutes). Galaxy S10e has corning gorilla glass 5 protection in its front as well as in its back. The phone has a polished aluminum frame. The mobile has a dynamic AMOLED capacitive touchscreen and with a pixel density of 438 (PPI). The phone has Infinity-O display making it the most innovative galaxy screen. This phone is powered by Exynos 9820 processor and 6GB/8GB RAM which can give smooth experience even if you play games for an extended period. The phone is powered with Mali G76 MP12 GPU to provide a smooth experience to the user during multitasking and gaming. Samsung Galaxy S10e has a dual camera (12MP + 16MP) and it features a 10MP front-camera. The phone is available in six colors i.e. White, Black, Blue, Green, Yellow, and Pink. The 6GB/128GB version of the phone is priced at £669. It is the cheapest phone in Samsung’s S10 series (S10, S10+, S10e, and S10 5G). Let us get a detailed review of Samsung Galaxy S10e here in this article to harness your buying skills.

Design: Samsung galaxy S10e has the smallest screen (5.8 inches) when compared to the other versions of Samsung Galaxy S10 i.e. S10 and S10+ which have 6.1 and 6.4 inches respectively. Samsung Galaxy S10e comes with Cinematic Infinity-O display, so as to accommodate the selfie-camera. Unlike Samsung’s flagship phones, this phone has a flat screen. Compared to Samsung Galaxy S10+ dual front-camera, this phone has single front-camera, as a result, it occupies less screen space. It has a Full HD AMOLED Screen with proximal and ambient light sensors. It features one of the best screens on the market in terms of viewing angles and color vividness. Users can find a Type C charging port and a 3.5mm headphone socket in the bottom of the phone. This phone has a fingerprint sensor on the side of the phone. The phone features a Dolby speaker. Samsung Galaxy S10e is available in Prism White, Prism Blue, Prism Black, Prism Green, Canary Yellow, and Flamingo Pink colors. Samsung Galaxy S10e has a hybrid slot. The phone has IP68 dust/water resistance rating which means the phone can resist water in a depth of 1.5m for 30 minutes.

Software and Hardware Features: As mentioned above, this phone comes with a display of 5.8 inches Dynamic AMOLED Display with Full HD resolution. It has a PPI density of 438. The phone comes in two different variants, one with 6GB of RAM and 128GB internal storage, and another with 8GB of RAM and 256GB internal storage. Samsung Galaxy S10e runs on the latest version of Android i.e. Android v9. (pie) and Samsung's One UI. One UI ease the one-handed use of a smartphone. The phone comes with Bluetooth v5.0, NFC, GPS, and 3.1, Type-C 1.0 reversible connector. You can also find Wi-Fi 802.11 a/b/g/n/ac/ax, dual-band, Wi-Fi Direct, and Wi-Fi hotspot. The phone has Fingerprint (side-mounted) sensors, accelerometer, gyro, proximity sensors, barometer, and compass. It has a face unlock feature. Galaxy S10e also has Samsung’s voice assistant, Bixby’s natural language and dictation.

Performance: This phone is powered by two dual-core (2.73 GHz Mongoose M4 and 2.31 GHz Cortex-A75) and one quad-core (1.95 GHz Cortex-A55) processors. It has Mali G76 MP12 GPU and 6GB/8GB RAM to give its users smooth gaming and multitasking experiences for a prolonged time. One UI’s night mode and simple launcher make the phone more user-friendly. If you love to play high-end games on your mobile phone then Galaxy S10e won’t disappoint you.

Battery: With small screen size the Samsung Galaxy S10e also comes with a smaller non-removable Li-Ion battery of 3100 mAh. This phone has a Type-C charging port. This phone features fast battery charging (15W), fast wireless battery charging (15W), and Power bank/Reverse wireless charging (9W). This phone also has a wireless power share feature which can help you to charge your friend’s phone. Once fully charged this phone can give approximately 20hr of talk time (3G), 11hrs of web browsing and 15hrs of video playback. This phone also has Ultra Power Saving mode just like other Samsung flagship phones. The phone has HDR10+ and AOD (Always-on display) modes as well which when turned off can increase battery backup.

Camera: Samsung Galaxy S10e comes with 12MP (f/1.5-2.4, 26mm wide, dual pixel) + 16MP (f/2.2, 12mm ultra wide) dual camera in the rear and a 10MP (f/1.9, 26mm wide, dual pixel) single front-camera. The camera has the power to click very good pictures even in low light environment. With wide mode, you can click amazing landscapes. It can capture a more detailed picture. Just like other Samsung phones it also has customization's such as adjustable ISO and exposure. This phone also has a feature called shot suggestions which uses AI to recommend the user about the best framing when lining up a potential photograph. Front-camera has a face and palm detection features and the live Focus mode which blurs the background making the picture more beautiful.

Conclusion: Small size of the phone will make it easy for the user to reach the volume and power buttons. This phone has the best features according to its price. With flat screens and side mounted fingerprint screens the phone looks amazing. Bokeh (live-focus) mode and shot suggestions mode make clicking pictures more interesting. Though the phone has a small battery, its fast charging feature won’t make you regret buying this phone. The powerful processors of the phone will make playing games an amazing experience. If you want to enjoy the features of Samsung’s S10 series smartphone at a lesser price then S10e is just for you.

Expandable storage up to (GB)